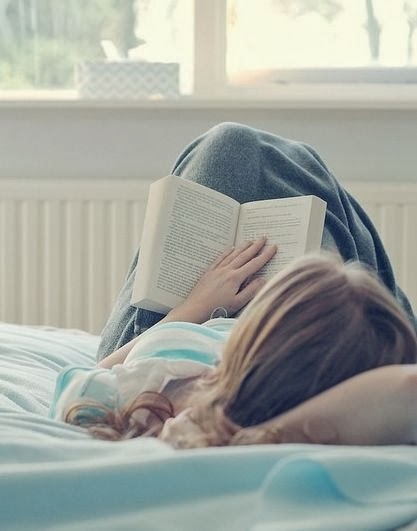 If you were to look at my nightstand right now (which, actually isn’t a real nightstand, it’s a stack of hatboxes sitting by my bed) you would see a number of books either on it or scattered beside it. There’s a small leather Bible, a couple of journals, a copy of 7 Habits of Highly Effective People & the corresponding workbook, Humility: True Greatness, Wuthering Heights, Tessa Virtue & Scott Moir’s autobiography, Discovering the God Who Is, and Natasha’s Dance: A Cultural History of Russia. Eclectic.

There’s also a small devotional by Nancy Guthrie. It’s a really good daily devotional. I would recommend it! Often, I’m amazed at how “on target” a certain day’s reading can be… meaning, it directly relates to something I’ve already been feeling. Last week, I had one of those “on target” reads that wrestled with a disconnected feeling I’ve had recently toward God… sort of distant and unsure how to relate to Him. You probably know what I mean. Most believers go through times like that where they struggle to feel close to the Lord, but for me it’s also been a question of feeling like I don’t really know and understand Him. It’s been bothering me. I have so much that I’m happy about in my life, and it doesn’t seem right to not also feel completely happy in my relationship with God. I really want to know Him better. I was lying in bed thinking and praying about all of this and was suddenly struck by the realization that it’s perfectly natural to have difficulty understanding God. Who does understand Him? Who truly knows what this divine, holy, omniscient, omnipotent, omnipresent being is like? It seems impossible to relate to Him. We’re too imperfect and prone to sin and He’s just too high above us. It seems hopeless! Behold, the human condition.

Luckily, I didn’t fall asleep after having that realization. The realization was quickly followed by remembering something: God came down. He came to earth as a physical being, becoming human, experiencing our world and empathizing with our suffering. Christ was completely human, completely divine, and if we want to understand God the Father, He is the only one who can introduce us. I remembered that before falling asleep, then the “on target” devotional reading happened the next day.

The daily scripture reading was from John 1, and the verses that stuck out were: “And the Word (Christ) became flesh and dwelt among us, and we have seen his glory, glory as of the only Son from the Father, full of grace and truth…No one has ever seen God; the only God, who is at the Father’s side, he has made him known.” -John 1:14 & 18

I’m no longer surprised when the day’s scripture reading is so directly related to my needs, but it still awes me. Those verses reminded me of something so simple and basic, but so difficult to remember! Jesus made God the Father known to us when He came to earth. It was a huge part of why He came at all. He came to die in our places and restore us to God, bridging the gap between sinful people and divine righteousness, but He also lived here for 30 something years first, bridging the gap in our understanding, so that whenever we’re confused about who God is, we can look to Christ and see…He is a healer, He is a comforter, He is a leader. He encourages, convicts, and admonishes. He cries with us and eats with us and works with us. He values quality (when He turned water into wine, it was really good wine!) and demands respect for those who deserve it. He lowers Himself to care for poor, sick, diseased, dirty people. He is wise and capable. He was a brother to those twelve men and loved His parents. I’m sure there are a myriad of other attributes I could name if I thought for a while and read the rest of John (which I am now doing), but think about each of the ones I just listed and force yourself to attribute them to God…”he has been made known.” When will I start remembering to look to Christ as the answer to every question?

The fact that I’m writing this demonstrates another thing about God. For all our trouble understanding Him, He does understand us. He understood that we desperately needed a mediator, a go-between, a helper in order to know Him. He knew that I needed a “timely” reminder of this provided mediator last week and used a book (and a restless night) to do it. To paraphrase 1 John 4:19…I understand Him (even just a little bit) because He first understood me.