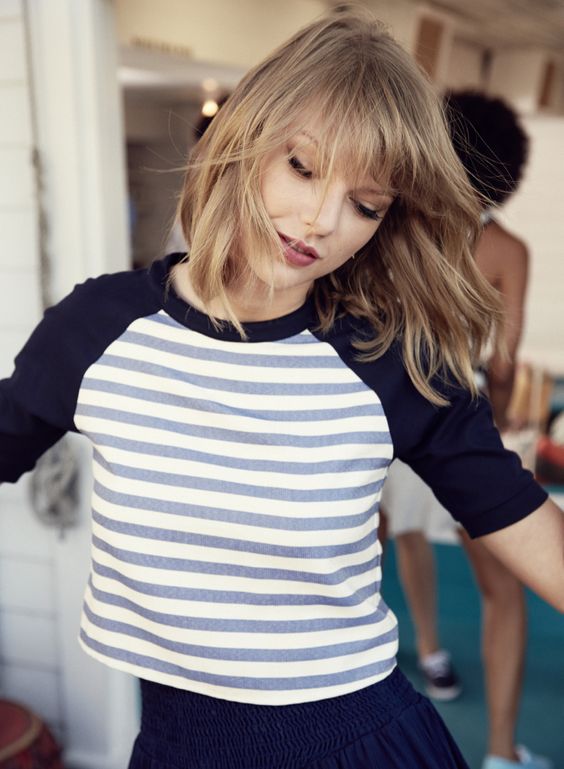 (For the record, a music critique is not what I had planned on posting today, but I had so many thoughts about this, and I had to share them! Also, this isn’t so much about the musicality or artistry of the song, but the message behind it.)

Did anyone listen to Taylor Swift’s new song?? I’m going to assume that a lot of you did. I am also going to assume that you saw the music video in which she sat on a throne with snakes teeming around her, crawled out of a grave like a zombie, and generally kissed her old image “goodbye.”

You may not care two hoots about Miss Swift, or you may be ready to clobber anyone who says a bad word about her. For myself, I have enjoyed her songs over the years but never considered myself a huge fan. Her career has fascinated me more than anything else. Obviously, she’s a very gifted songwriter, but she has attained a level of power that is mind-boggling.

In my opinion, however, she lost some of her power with the release of her latest single.

Don’t get me wrong, I have no doubt the girl could do whatever the heck she wanted and still have a massive following. I wonder, though, what the ramifications are for artists who insinuate that their past career is obsolete. “The old Taylor can’t come to the phone right now… cause she’s dead,” she says in the new video, followed by images of the “Taylors of music videos past” in a mound of ruination under her feet. In one respect, it’s genius and shocking and effective for someone who wants to reinvent herself, but what did she reinvent herself into?

Compared to her last album’s first single, “Shake it Off,” where she danced around without a care for what other people said about her, “Look What You Made Me Do” is a pretty big departure. “Shake It Off” had an empowering, positive message and became an anthem for people feeling picked on or abused. It made the statement that no one could control you or keep you from enjoying your life; that you didn’t have to give negative people power over you and were responsible for your happiness.

I think Taylor needs to listen to her own song again.

“Look What You Made Me Do,” is essentially, the opposite message. Like she so often does, Taylor addresses someone who has wronged her, but this time, the song is aimed at multiple real life enemies who have made her look bad over the last couple of years. Instead of rising above whatever damage they may have done, she states that they’ve had such an effect on her that they’ve MADE her respond in kind. She’s essentially handed her power over to them instead of maintaining that her choices are always her own.

I know using negative experiences to fuel your writing is part of being a good artist, but the art she just put out is less than empowering. Based on T. Swift’s new branding, maybe the updated message of “Shake It Off” should be this:  Shake off the words and actions of your enemies, but if they go too far, get rid of your scruples and get even.

If you liked the song, don’t think for a second that I’m judging or criticizing you, I’m just fascinated by the choices she’s made and feel like she missed any opportunity to respond to her enemies from a place of true strength. Tell me your thoughts in the comments below! 🙂