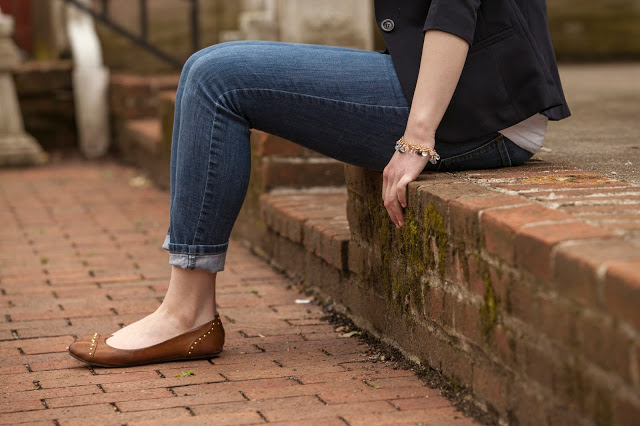 Before I left for Alabama, I saw another birthday come and go. I am now a quarter of a century old, and as I have the two previous years… 23 & 24, I’m taking a moment to mark the occasion with a blog post. Specifically, I’m sharing how I feel about my age. Here it is, 100% honest.

When I started pondering the number “25,” thoughts like these flashed through my mind:

-I was supposed to be married by now.

-I was supposed to be a mom by now.

-(If neither of the above were a reality) I was supposed to be making more money by now.

-I was supposed to have written a book by now.

-I was supposed to have traveled the world by now.

Those were the things I expected when I was young. And now that silly, negative little voice in my head is telling me that I didn’t do what I was “supposed to do.”

In looking back, there is very little that I could or would change. I know that. And at least two of those really big things listed up there are completely outside of my control.

But, as you can see, my thoughts around 25 aren’t the excited, “I’m just young and living life, going with the flow, and seeing what happens!” thoughts that lots of people have. It’s a downer to admit it and it may seem silly, but I’ve felt scared of 25’s approach because all my ideas of what “on track” would look like for me at this point, haven’t happened yet.

So, now what? What do I do with these expectations I had for myself?

I could do what I have done in previous years, which is maintain the status quo but let my feelings of frustration grow. I could get panicked and begin thinking of ways to drastically change where I am. I could “run off and join the circus” so to speak. Leave all the people whose lives I’m entwined with and the business I’ve worked really hard to build, the responsibilities I’ve accumulated… basically, do something reckless to try and fix what I’m feeling. But instead, I’m thinking of trying something else.

My 26th year could again be marked by the attitude I’ve struggled with for years…of discontentment and fighting to measure success the way Anna measures success. Or, I could turn everything on it’s ear, throw away my measuring stick, open my hands, close my eyes and say, “Lord, I don’t want my life to conform to my ideas, or the world’s ideas. I want to follow whatever plan you’ve laid out for me, no matter how different or difficult it is. I don’t want to feel fulfilled or successful as much as I want to feel poured out for your glory, filled up with your glory, and overwhelmed by your glory. No matter what or who or where it is, I want to do and be and go (or stay) for your name.”

Honestly, I’m getting tired of feeling so disappointed with myself year after year. And I don’t believe it’s what the Lord intended. So, the only action I’m going to take is praying that the Lord would teach me to be satisfied with His plan. To rejoice in and enjoy it. To lay down my ideas of what a successful and fulfilled 25 year old life looks like. To take the pressure of being something “more,” getting somewhere “better,” and doing something “greater” off of myself. Because at the end of life, I want to be able to say that I not only lived solely to bring God glory, but that I lived faithfully believing that God’s glory, and not mine, is all that really matters. My hope is that this belief marks the next year in a very real and tangible way.

Have you ever experienced, or are you currently fighting through discontentment? I know there are blessings for you in focusing on God’s glory in a time like this…