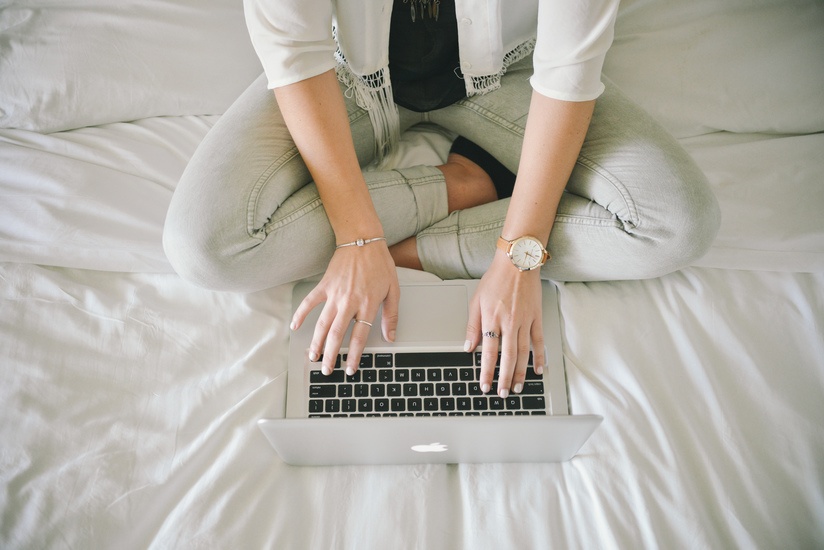 This year has been a fascinating one for Sel Rosé. I have learned (and relearned) a number of lessons that do not only relate to business, but to life. Here are the 7 Biggest Lessons I Learned Through Sel Rosé in 2017 (big mouthful).

1.) Focus On What You Actually Need – At the start of the year, I had two websites, two blogs, two shops, and little to no direction or plan. I had opened a Shopify site, but didn’t have a strategy for how to draw attention to it. I was clueless. Meanwhile, because I was planning to leave Etsy, I neglected it to such a degree that it was a sad, wilted little thing by the time I realized it was actually a better fit for me. Right now, Etsy is a big help in the marketing department whilst I develop my skills, but it was hard to see that with all the other stuff I thought I needed taking up mental space. If this is what you’re feeling right now, be honest with what you actually need at this point in time and focus on that. Let everything else go.

2.) Get Out of the Zone – The comfort zone is the zone to which I refer. It might seem like a safe place, but it spells death to a small business with an owner who is afraid of putting herself in vulnerable or potentially risky situations. I have learned (and am still learning) that it’s important to mentally prepare yourself for the rejection and disappointment which comes from putting yourself out there, and to expect more of the negative than the positive. That might sound depressing, but what I mean is that you have to go through a large volume of possibilities before you find the right one. Naturally, that means more rejection than affirmation, at least to begin with.

3.) Redemption Comes Through Effort – If it needs revitalized, you have to expend a little effort. As I said above, my Etsy shop had wilted. It’s still not back to what it once was, but it is doing five times better than it did last year! That’s a huge win! And it came about because I gave the shop the attention and effort it needed. Anything can be remade, you just have to set about it diligently.

4.) Everything is “Figureoutable” – That’s one of my favorite make believe words. I first heard it from Whitney English, but I don’t know who was the first person to say it. We are intelligent human beings, and if we don’t know how to do something, we’ve been gifted with a brain (or a mouth to ask someone else’s brain) to figure it out. The most recent example I have of this was the process of switching my domain names around. I didn’t have a clue how to go about it. And, I still don’t. But, I figured out what steps to take to find someone who could help me. It may take a little time, but every problem can be solved.

5.) Reputation Over Numbers – I almost said “Reputation Trumps Numbers” then realized how distracting that could be for all of you. LOL! What someone has to say about your business is 10x more important than how many followers you have or how much money you made in a year. In the long term, no one will want to work with you if all they hear about you is negative. Being known for treating, not only your customers, but collaborators and employees with kindness and respect is better than all the money. If it takes longer to build a business with those things, it only means that your business is more likely to last longer.

6.) Giving Makes the World Go Round – That doesn’t mean that you should give everything away. You won’t be in business for long if you do. It means having an abundant attitude in your business and giving when you can. It means being excited for someone else’s success, even promoting someone else over yourself, and not having a scarcity mindset. There really is enough for everyone. When people feel that energy of abundance coming from you, they will want what you have to offer.

7.) It’s not about me – This is a biggie. This business isn’t about me. In a direct manner of speaking, it’s obviously about the customer… tending to their needs, creating more options for them, and designing something they will love. But, Sel Rosé also allows me to give to a cause I desperately believe in. It gives me a means of speaking to women about their worth and God’s love for them. It’s not about me.

Those are the lessons of 2017! Of course, we’re still only in November. Who knows what will comes next! Who can believe that it’s November, by the way! Make sure you’re on the Sel Rosé e-mail list so you won’t miss upcoming holiday sales and giveaways! You can sign up at the bottom of this post.